In 1869, Concordia Publishing House was founded as a small St. Louis printery with the mission of providing doctrinally sound materials for churches and individuals. Today, our company thrives as a nationally recognized publishing company that offers churches, schools, and individuals more than 10,000 products and services. And while we continue to grow from our humble beginnings 150 years ago, our mission remains the same.

Concordia Publishing House is the publishing arm of The Lutheran Church—Missouri Synod. It exists for the purposes of strengthening and aiding member congregations in their proclamation of the Gospel of our Lord Jesus Christ and working in partnership with the agencies and congregations of the Synod to provide publishing services. On their behalf, Concordia Publishing House will develop, produce, market, and distribute products and services that are faithful to the Scriptures and the Lutheran Confessions and which will effectively serve such proclamation to people throughout the world. All to the Glory of God.

We strive to be the premier publisher and provider of choice for products and services that are faithful to the Scriptures and the Lutheran Confessions.

We are committed to challenging ourselves to deliver innovative products and services that improve the experience and exceed the expectations of our customers.

We are committed to evaluating and improving CPH processes in every area to drive down costs and cycle time and to increase job satisfaction and encourage personal growth and learning.

We are committed to ensuring sustainable financial success to serve God’s people now and in the future.

We are committed to developing the highest quality products and services for our customers.

Jonathan D. Schultz was born in Harvard, Illinois, as the third of five children of the Rev. Donald and Mary Schultz. Much of his childhood was spent living in rural Altamont, IL, where his father was pastor of St. Paul Lutheran Church (Blue Point). His high school years were spent in Red Bud, Illinois, after his father was called to serve at St. John’s Lutheran Church there.

Mr. Schultz received his Bachelor of Arts degree in Business Management from Concordia University, River Forest, Illinois and received his law degree from Loyola University of ChicagoSchool of Law.

Currently, Mr. Schultz serves as Vice President and Corporate Counsel of Concordia Publishing House, as well as fulfilling the duties of President. In this role, he works closely with the Board of Directors, coordinates all legal activities of the corporation, and directs the Human Resources and Contracts/Rights/Permissions departments.

Prior to arriving at CPH in 1998, he and his wife served as volunteer missionaries in Guatemala for The Lutheran Church—Missouri Synod. He has also practiced law at a Chicago law firm.

In 1990, Mr. Schultz married Susan Wischmeier, a Lutheran school teacher, who grew up on her family’s farm outside of Columbus, Indiana. The Lord has blessed them with three children, Thomas (and wife, Allison), Mollie, and Abigail. They currently reside in St. Louis, Missouri.

At Concordia Publishing House, we are dedicated to our mission of serving and strengthening the people of The Lutheran Church—Missouri Synod. For 150 years, we have provided sound doctrinal content and high-quality products for our customers. We are proud to be your publisher.

We are also proud to be recognized as a leader in our industry. Over the years, CPH has earned many awards for customer service, exceptional quality, and excellence in workplace environment. These awards are not only a true honor but also a reflection of our employees' dedication and passion for excellence.

It is our pleasure to serve you, and we could not be more grateful for your support. 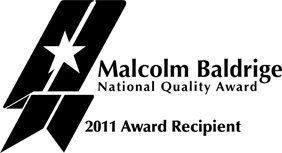 "With God’s grace, CPH has achieved a level of excellence that few major corporations realize. As a Christian organization we are humbled by our achievements and as a thriving publishing house we are proud to represent both innovation and sustainability in this ever changing marketplace."
— Dr. Bruce G. Kintz, President & CEO

The Malcolm Baldrige National Quality Award (MBNQA) is presented annually by the president of the United States to organizations that demonstrate quality and performance excellence. Organizations that apply for the Baldrige Award are judged by an independent board of examiners. Recipients are selected based on achievement and improvement in seven areas, known as the Baldrige Criteria for Performance Excellence:

Recognized as one of the strongest state-level quality award programs in the country, the Missouri Quality Award is the official state recognition for excellence in quality leadership.

A mark of distinction for organizations that are well run and are in accord with biblical principles. This designation will be of interest to organization management, prospective job applicants, investors, volunteers, and customers.

City of St. Louis Neighborhood Business of the Year 2011

Awarded to call centers that demonstrate best practices and attain world-class performance. Awarded by BenchmarkPortal, The Center for Customer-Driven Quality, and Purdue University.

After a century and a half, Concordia Publishing House's mission hasn't changed—developing products that are faithful to God's Word.

Times have changed, and so have we. But God hasn't changed, so neither has our message.